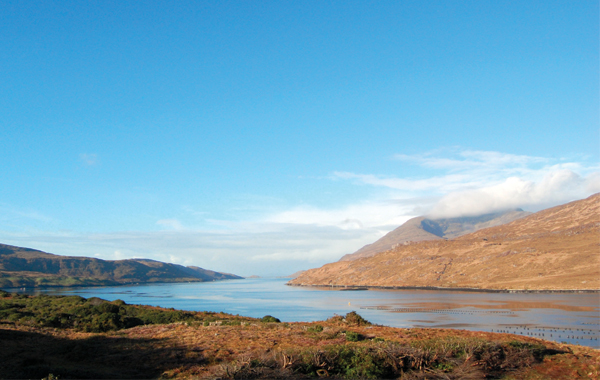 Joan McBreen is from Sligo and now divides her time between Tuam and Renvyle, Connemara, Co. Galway. She has published five collections of poetry, the most recent being Map and Atlas. Her two anthologies are The White Page / An Bhileog Bhán - Twentieth Century Irish Women Poets (Salmon Poetry, 2001) and The Watchful Heart - A New Generation of Irish Poets Poems and Essays (Salmon Poetry, 2009).

In 2014 she produced a CD The Mountain Ash in Connemara - Selected Poems by Joan McBreen with original music and traditional airs composed by Glen Austin and performed by the RTÉ Contempo String Quartet. In 2015 she brought out a broadside The Mountain Ash, a collaboration between the poet, visual graphic artist, Margaret Irwin West and printmaker Mary Plunkett. From Artisan House Publications, Letterfrack, Co. Galway it was launched at Clifden Arts Festival 2015. Together with reading and lecture tours of the US, McBreen is closely associated with most of the major literary festivals in Ireland. 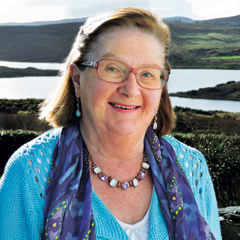 Her anthology The White Page / An Bhileog Bhán - Twentieth-Century Irish Women Poets was published by Salmon Poetry in 2001 and is in its third reprint. Her poetry is published widely in Ireland and abroad and has been broadcast, anthologised and translated into many languages. Her CD The Long Light on the Land - Selected Poems, read to a background of traditional Irish airs and classical music, was produced by Ernest Lyons Productions, Castlebar, County Mayo in 2004. She has given readings and talks in many universities in the USA including Emory, Villanova, De Paul (Chicago), Cleveland, Lenoir Rhynne, N.C. and the University of Missouri-St. Louis. In 2010 she undertook a six week reading tour of Nebraska, Iowa and Alabama and in 2012 she read at the University of St. Thomas, St. Paul, MN and at the University of Minnesota, Duluth. During the months of October and November 2018 Joan McBreen undertook another US reading tour of Massachusetts, Georgia and Kentucky.

Joan McBreen has been involved for many years with Irish literary festivals including the Yeats International Summer School, Sligo, Clifden Arts Festival, Listowel Writers' Week and the Cúirt International Festival of Literature, Galway.